The Moon in Her Eyes 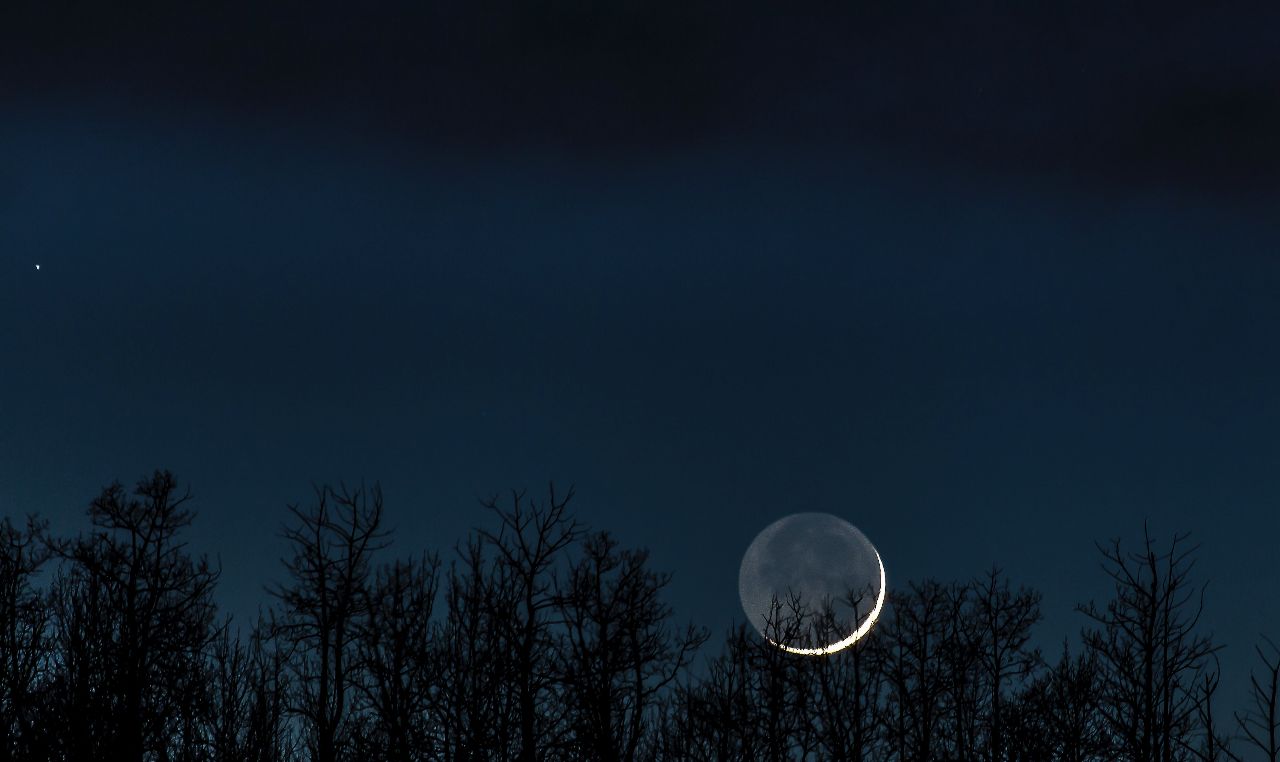 Alyssa had just finished the dishes when the coffee maker sputtered and spat, signaling the end of its brewing cycle. She dried out her favorite mug with a dishtowel and sat it on the counter. Cool air blew in from the cracked open kitchen window, a rare thing to be able to do in this climate. Moving to Marfa was, well let’s just say it was interesting. She lived with her boyfriend Benjamin who was working for an observatory just north of town. He was in the den finishing a report on his laptop. “Coffee’s ready, babe.”

She poured her coffee, “Alright, I’ll be outside.” Grabbing her jacket, she went out to the back porch and sat on the wrought iron patio table. It came with the house but had no chairs, a hole sat in the middle for an umbrella which was covered by a large flowerpot which had been repurposed as the ashtray. Alyssa pulled a soft pack of camels from her front coat pocket, took one out between her lips, and lit it with an old plastic lighter kept stuffed between the mesh of the tabletop. She looked up at the tail end of the sunset over the horizon. The sky was excruciatingly clear, stars appeared even before the sunlight was fully diminished. A sliver of a crescent moon hung low in the night sky, and with the sunset fading, the remainder of the moon could still be seen, light reflecting back from the earth to expose it. She exhaled and brought the steaming cup of coffee to her lips.

There were several nights where she had gone out with Benjamin to telescope clubs and such, camping out in the desert, sleeping out in the open and just staring into the abyss of space. That’s how they met anyway. She was the photographer brought out to shoot a piece on the Marfa Lights and he was the one being interviewed. A little coffee after work turned into dinner which turned into an invitation to a stargazing campout which turned into a decent relationship.

“Oh, it’s earthshine.” He exclaimed and set his coffee on the metal table. “Let me go grab a scope.” Of which he had several and just as soon returned with a long telescope on a tripod. “You should get your camera.”

Alyssa laid her unfinished cigarette on the table and rushed in to get her camera. By the time she returned Ben had set up his scope and had the moon in sight. The sun had nearly completely set when she made it back out to take a photo. Looking through the lens of her camera she worked quickly to get the image in focus. Just as soon as she had the grey reflection in her view she noticed something odd. There was movement in the shadow, something she assumed was an issue with the digital screen.

She stepped back from the camera, checking the dimly lit sphere with her own eyes. Yes, there was something moving across the surface. Smoke from her cigarette? No, it was still on the table. Perhaps a thin strip of cloud grazing along the sky? It was perfectly clear out. Only the fading hue of orange and pink on the horizon. The blue grey sphere of the moon was cupped with an illuminated sliver of white along its edge. But no matter what she did to get a better look of it something seemed to squirm or flow on the surface of the lightly illuminated side.

“Do you see that wiggling stuff on the grey side of the moon?” She said, letting her camera hang from her neck. He had already brought the moon into focus and was doing fine tuning to accommodate the movement.

“Um, no?” He said, looking up at her in confusion. “Maybe you need to clean your lens.”

“Let me see through the scope.” She said, walking over to him. He backed away from the eyepiece and let her bring it into view. Sure enough, the movement was still there. Like a sea of snakes under sand the surface of the moon was alive. As though it had been infected with worms or some kind of parasitic creature. She watched closely as the wiggling curls grew thicker and ran faster beneath the skin of the surface.

She didn’t want to tell him what she was looking at. Surely she was wrong and was only imagining things. Work had been stressful enough as it was the past few days and on top of that the two of them had been fighting over finances. “It’s nothing.” She said, looking back into the eyepiece. “You’re right, I just need to clean my lens.” But she continued to look, watching the waves of worms wriggle and curl. He wouldn’t believe her anyway.

Within a few minutes the shadow of the moon faded into darkness as light from the sun completely vanished over the horizon. She sat there on the patio table and watched it go, finishing her coffee and cigarette. The stars came out properly, the cold air began to cut through her sweater. Ben called her back in the house, a movie she liked was on. He had put away his telescope and brought her camera back inside for her and made some popcorn over the stove.

“I’ll be there in a second.” She said putting her coffee cup in the sink and walked to the bathroom to wash her hands. The water ran hot over her cold fingers, warming her up. Alyssa had meant to clean the bathroom that day, the mirror was splattered with little white specks from a week’s worth of tooth brushing and shaving. As she wiped it down with a wet towel she looked at her face. Cheeks red from the cold wind, her hair scattered with hairs that had escaped her ponytail. She splashed some water on her face but froze when she looked into her right eye. A slight wiggling around the faded blue iris. She wiped her face and checked again, now both eyes had them. The same tiny snakes she saw in the earthshine on the moon.

“Babe!” Ben called out from the living room, “The popcorn is getting cold. You OK in there?”

Alyssa looked out the bathroom doorway then back at the mirror. Her eyes were back to normal. “Yeah, I’m fine.”